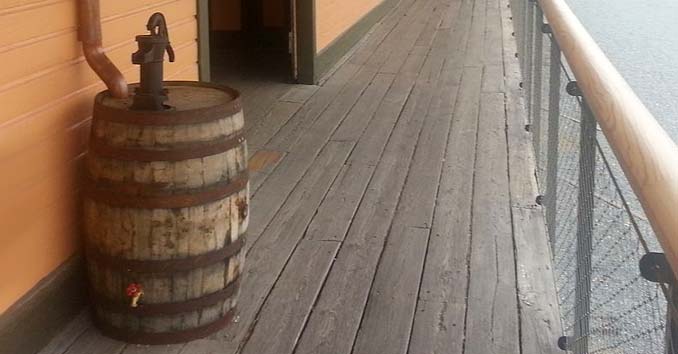 As many offgriders have found out the hard way, collecting and harvesting rainwater is actually illegal in many parts of the United States – yes, you heard that right, collecting rainwater is actually illegal in many areas of the country. But self-sufficient homesteaders in Colorado can finally legally collect rainwater, after the State of Colorado passed legislation last week legalizing their rain barrels.

“This is a victory for Coloradans who care about their state’s incredible rivers, lakes, streams, and waters. Rain barrels are an important educational tool and a great first step toward conservation and increasing awareness about the water challenges facing Colorado,” said Pete Maysmith, executive director with the nonprofit Conservation Colorado.

The bill, which will finally allow residents to legally recycle rainwater in a state with a history of drought, passed the full Colorado Senate on April 1 and was signed by Governor John Hickenlooper last week. The new law, which takes effect in August, will allow Colorado homeowners to collect as much as 110 gallons of rain in up to two barrels.

While the law will still limit how much rainwater you can legally store, it is a step in the right direction and is better than states like Oregon where people have actually been arrested and thrown in jail for harvesting rainwater.

“The entire West is facing water challenges with a growing population, limited water supplies, and a changing climate,” said Jon Goldin-Dubois, the President of Western Resource Advocates. “We need increased water conservation to help meet these challenges. Someone with a rain barrel develops a better awareness of the water cycle, leading to a needed increased water conservation ethic.” He then pivoted to the state water plan that was adopted late last year: “We look forward to working with state leaders to build on this step and implement our new Colorado Water Plan.”

Still not a Total Win…

While many are calling this a win, it’s important to remember that the government is still dictating how rainwater can be used in the state, and who can harvest it.