We often talk about the importance of water, but one area that’s often overlooked is the safety of our public water supply. How many people actually think about the purity of their water when they turn on the tap? According to a number of studies you may have a very real reason to be concerned.

Just like the many other deteriorating parts of this country’s infrastructure, our water delivery systems and treatment technology seems to be stuck in the past. Believe it or not, a large part of the U.S. still relies on pre-World War I-era water delivery systems. While these systems still do a great job filtering out particles, parasites, and bacteria, they usually fail to remove 21st century contaminants like pesticides, industrial chemicals, lead, pharmaceuticals, and arsenic.

These antiquated systems deliver water that can pose a great risk to the health and safety of those drinking it; some believe it may actually be responsible for the huge rise in food allergies that we’ve experienced over the last 10 years.

If steps are not taken to fix this situation, our drinking water will get worse and it will continue to pose a significant risk to the public’s health.

What’s really in the Water Supply?

Researchers who analyze our drinking water have found some pretty disturbing things. In one study, where researchers analyzed more than 10,000 Americans, they found that over 2,200 of the subjects had measurable levels of dichlorophenols in their urine. Dichlorophenols are chemicals that are used in weed killers and commercial pesticides.

Sadly, Dichlorophenols are just the tip of the iceberg when it comes to what’s been found in our public water supplies.

The list above is just a fraction of what can be found in our water supply, and the list keeps growing every day. As the world’s dependence on chemicals grows, our water supplies will continue to feel the effects, which inevitably will touch every person on this planet.

The Threat of Terrorism & Biological Sabotage 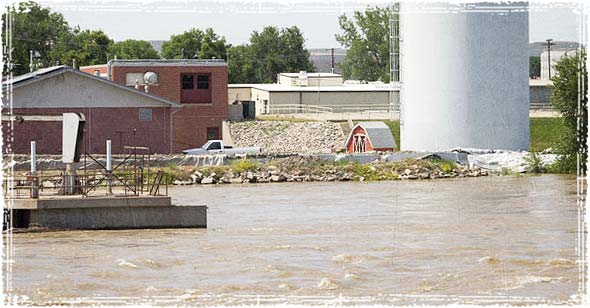 Most people mistakenly assume our public water utilities are safe; shockingly, they are one of the most vulnerable parts of our nation’s infrastructure.

The vulnerability of our nation’s water supplies, to disruption and contamination by potential terrorist, has been well documented. During a series of tests in Atlanta, GA., water officials demonstrated how easily our public water systems could become compromised. Using a typical city fire hydrant, and a process known as backflow, the experts demonstrated that in a matter of minutes an entire cities water system could be contaminated by just about any biological agent or chemical.

With common equipment that can be purchased at just about any hardware store in the country, our water supplies can easily be contaminated, putting millions of people at risk. In 2003, a FBI bulletin warned that al-Qaeda has plans to poison food and water supplies in the U.S.

Over the last ten years, a number of water treatment plants have been breached or threatened, indicating that water infrastructure networks are a prime target for terrorists.

These breaches show how vulnerable our water supply is, and highlight the fact that there are people out there actively looking for ways to contaminate it.

The bottom line is this: Our public drinking water infrastructure is deteriorating, it’s filled with chemicals, and it’s actively being targeted by terrorists. If our government doesn’t start taking this threat seriously, our contaminated drinking water could become one of the largest threats we face.