Well not being one who likes to fill my body with all sorts of chemicals, I decided to make the switch from plastic to stainless steel bottles. In doing so, I tried out a huge number of different bottles and found out that most of them sucked. From problems with the bottles rusting to lids that were so sharp you could cut your face off, it seemed that the perfect bottle was a lost cause. Then I came across the Klean Kanteen, and I was hooked. 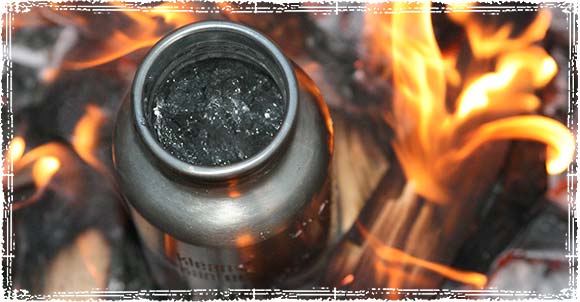 Why I liked the Klean Kanteen

Clean Tasting Water – If you’ve tried a number of commercial water bottles, I’m sure you’ve noticed that some of them can make your water taste downright nasty. If you enjoy the taste of plastic, then don’t buy the Klean Kanteen. If you like water that actually tastes like water, then this bottle will do the trick.

Even after a long day of hiking in the heat, my water still tastes fresh. That being said, for the first couple of days the bottle did have a slight metallic taste, but that went away after a couple of uses. If you do find it to be a problem, I suggest popping a tea bag into the bottle before you leave the house. I noticed that it really helped get rid of the metallic taste a lot quicker.

Light Weight – For a stainless steel bottle, this thing is really light. In fact, it’s actually lighter than a number of the plastic ones I’ve collected over the years. Weight is often something that light-hikers obsess over, so I know this is an important consideration for some of you out there.

The Bottles Design – I know, now it really sounds like I’ve turned into a cheerleader for the Klean Kanteen; while it may sound like I’m over-hyping the bottle, compared to some of the other bottles I have this one is noticeably different. It’s rock solid construction makes it a good choose for anyone who does a lot of backcountry adventuring, where gear can quickly get beaten up and damaged.

Another thing I really like about the design was the lid. I have a bunch of stainless steel bottles from various competitors, and a lot of them are pretty uncomfortable to drink out of. One of the competing brand’s lid was so sharp that it was actually almost dangerous to drink out of. If you look at the picture below, you can see how smooth the rounded lip on this bottle is.

Rust Free – Generally stainless steel products are pretty resistant to rusting but for some reason a lot of the bottles I’ve tried rust pretty quickly. The Klean Kanteen has never had that problem. I have been using my Klean Kanteen for a couple of years now, one time forgetting it in my truck for over a month filled with water, and so far I’ve never had a problem with rust.

Boiling Water in the Bottle – This is one of the main reason I switched from plastic to stainless steel. In a survival situation, these bottles can be used to boil water. Some of the other brands are made of aluminum and baked epoxy that cannot be used to cook with. I’ve used mine numerous times over the fire and it’s still as strong as the day I got it. 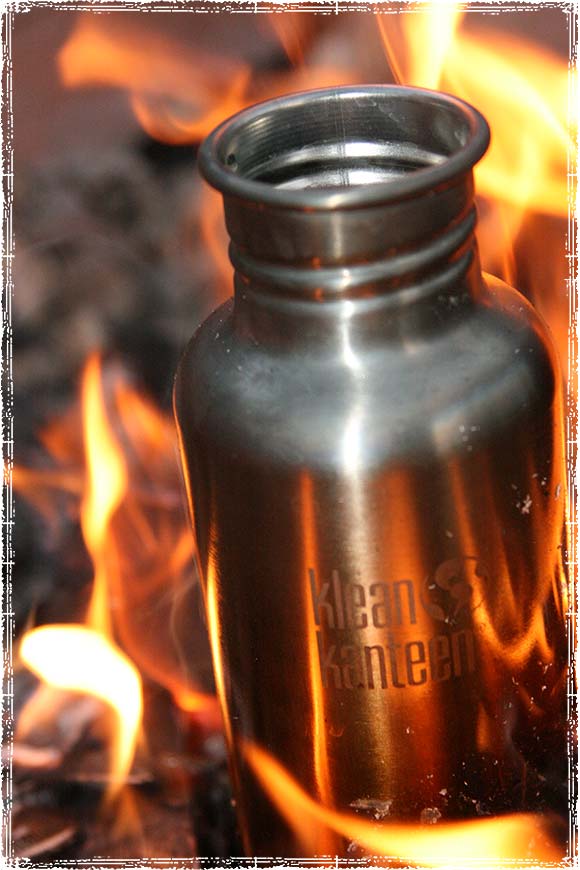 The Klean Kanteen comes in a number of sizes and has a variety of cool caps and accessories. We liked the loop cap the best because it can be hooked to the straps on your backpack for easy access while walking.

Where to buy the Klean Kanteen?