After spending the last week at the SHOT SHOW in Las Vegas, we have a bunch of news and gear reviews that we will share over the next couple of weeks.

Probably one the most common pieces of news to some out of the show, which shouldn’t be a surprise to anyone who reads this site, is the chaos happening in the firearms industry right now.

Big News From the SHOT SHOW is Lack of Supply: Everyone you talked to was talking about the back order problem. It seems that just about every gun manufacture, Ammo Company, and firearm accessory maker that was at the show is experiencing some type of problem keeping up with demand. In fact, I couldn’t find one company at the show that wasn’t at least 3 months backlogged on orders.

A number of companies, who did not wish to be named, were experiencing back orders of over 12 months. That means if you ordered the gun today, the company would not be able to ship that gun out for at least a year.

If you haven’t bought it yet, there’s a good chance you’re not going to find it anytime soon.

On a lighter note, here is a rundown of some of the cool gear, guns and tactical equipment we discovered at the NSSF SHOT SHOW.

Only at the Shot Show would you find a Tactical VW Bus: Magpul VW Micro Bus 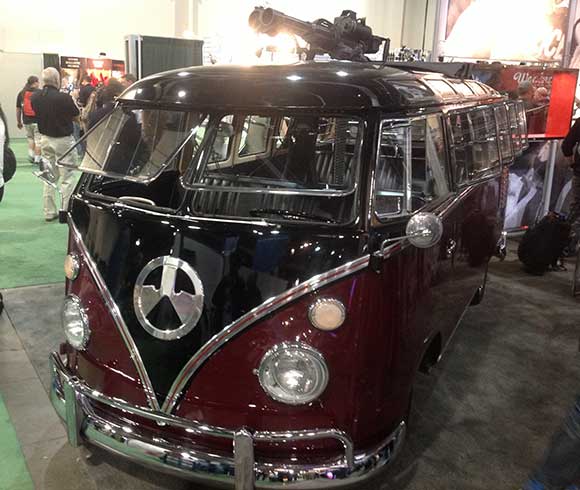 The Ultimate Bug Out Bike?

This bike was built by ROK Straps

to showcase their line of tie down elastic straps. 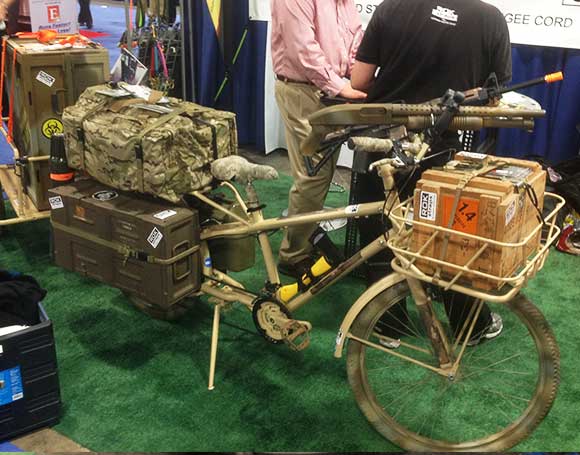 Best Conceal Carry of the Show: The Flashbang Holster 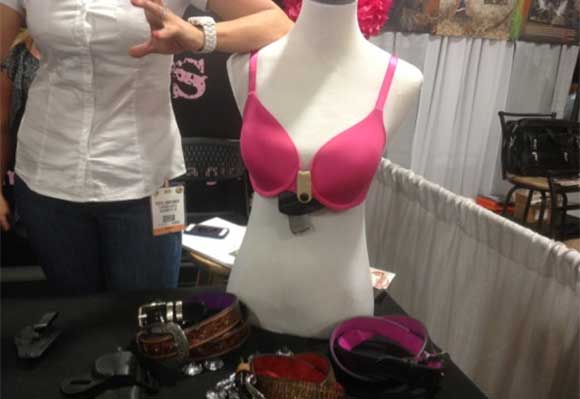 Ted Nugent – Talking about the Sheeple 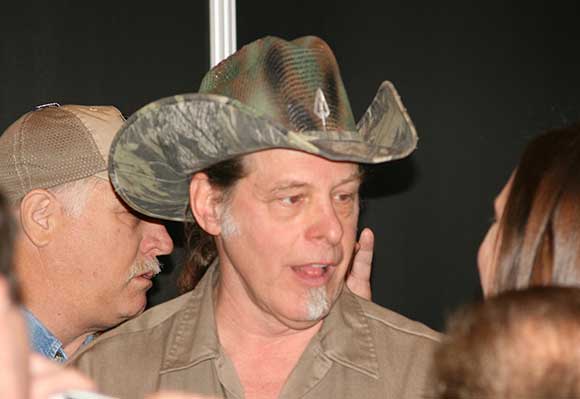 It’s probably not a shocker that the 10/22 is one of my favorite guns; so I was happy to see that Ruger came out with a new addition to the 10/22 line, with their TAKEDOWN Series. The New 10/22 Takedown enables you to quickly and easily break down the rifle for easy transportation. Once the barrel is separated from the action, it’s small enough to fit into any size backpack or bugout bag. The best part; it takes under 5 seconds to break apart and then put back together. 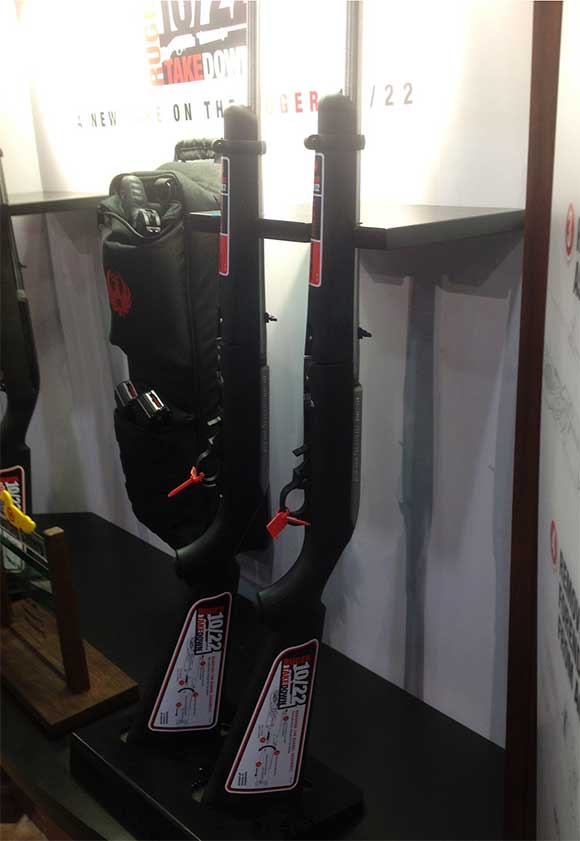 The Mossberg Flex system, which is built on the 500/590 platform, is a modular firearms platform that allows you to quickly and easily swap out stocks, forends, and recoil pads in a matter of seconds. The FLEX system is great for those that don’t have a lot of money to spend on multiple shotguns. 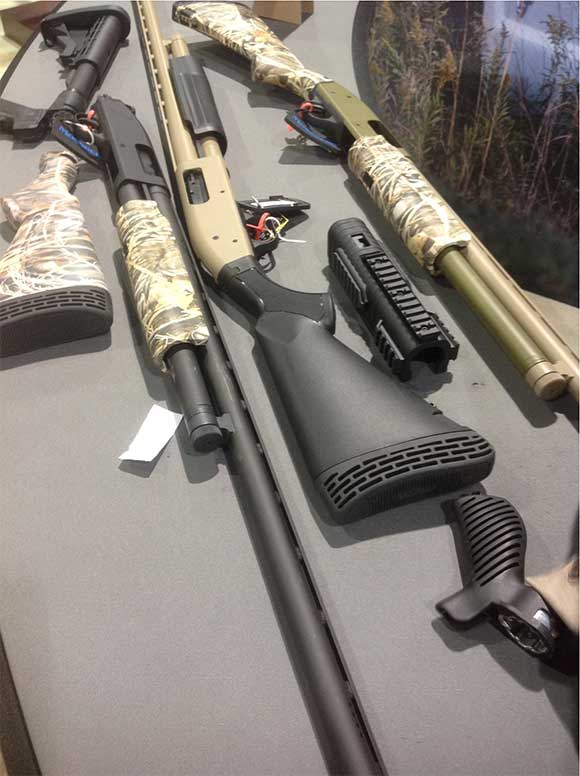 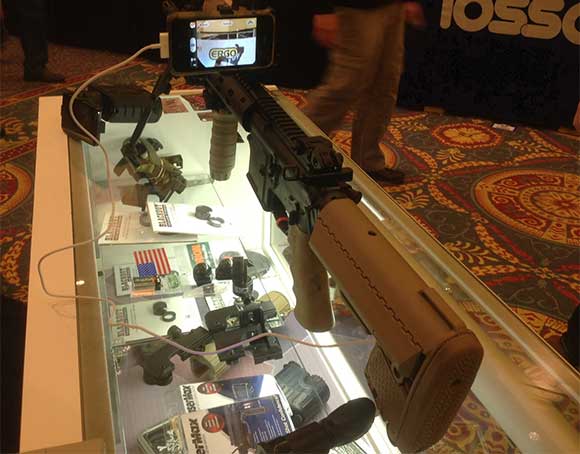 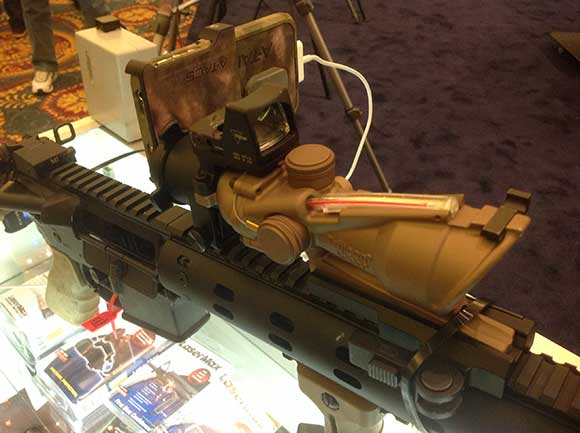 The Reaper and the Intrepid are this year’s addition to Buck’s survival/tactical line of knives. 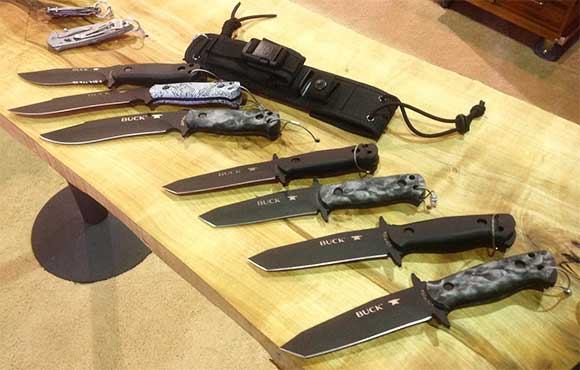