Globally, we produce about 2.12 Billion tons of waste every year. If you’re having a hard time picturing that much waste, how about this – if that garbage was put into trucks they would circle the globe 24 times!

But what the hell does garbage have to do with preparedness?

Well, it’s probably one of the biggest threats you will face during a long-term disaster or collapse. In fact, in areas of the world that do not have regular trash collection, the threat to the environment, health, and safety is monumental. From pollution issues and dirty waterways to toxic discharge from trash and disease, these issues are very real and they are issues that will hit Americans very hard during a long-term disaster or collapse.

Often, people who talk about urban survival worry about things like raiders and roaming gangs, but the real danger may actually come from something that you already have in your home: Garbage

What are the threats and ramifications of trash during a collapse or long-term disaster? 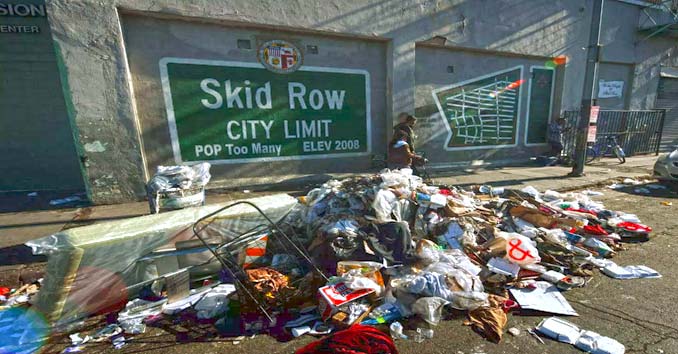 Unfortunately, this is topic that’s often ignored be so-called preparedness experts. But it’s a topic that you can’t afford to ignore, especially if you live in a big city.

The average American throws away a lot of stuff, so much stuff that if you added up all the waste that’s produced each year in the United States, you would be able to fill over 2.3 million 747 jumbo jets.

That’s a lot of Garbage!

With so much waste being produced in America, you really need to start thinking about what things might look like during a long-term collapse scenario. If the country ever collapsed, and basic services like garbage removal stopped, people who live in big cities are going to be in for some major trouble.

Here is what you can expect. 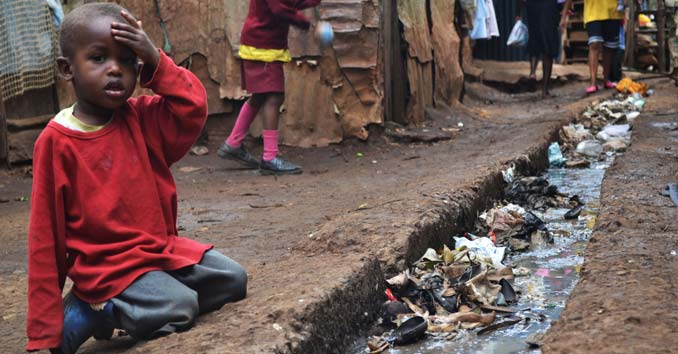 When waste stops being collected, the frequency of illness such as diarrhea and acute respiratory infections are going to skyrocket. In many parts of Africa, where waste management is almost non-existent, improper garbage disposal already causes devastating epidemics of mosquito-borne malaria, Lassa Fever, Yellow Fever, and other grave diseases.

First, the fleas and flies will move in; followed by ants, cockroaches, and then rats and other rodents. But the real danger will be one that’s a little harder to see.

Garbage will become a huge public health issue. The growing waste problem will likely spread infectious diseases throughout the community. This one problem has the potential to kill more people than any other part of the crisis.

Don’t think it can happen in the U.S.? It Already is! 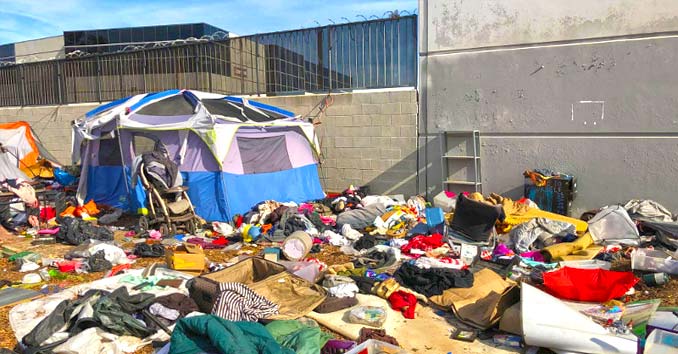 In hellholes like Los Angeles, where mentally ill liberals have allowed their city to be taken over by drug addicts and scumbags, people are illegally dumping trash, used syringes, and human waste throughout the city. The problem is so bad that the city is starting to see outbreaks of typhus throughout the homeless community.

“The Pasadena Public Health Department is reporting epidemic levels of typhus fever this year,” read a statement from that city on Friday.

Remember, this is happening during the so-called “Good Times”! What happens when the system completely breaks down?

What to do with Garbage when the SHTF? 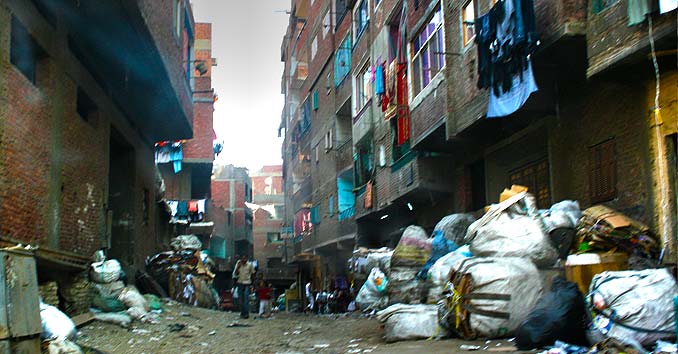 If you live in a city, there may not be a lot that you can do. Even during short-term disasters like Hurricane Katrina, garbage became a huge problem for people living in the city of New Orleans. The Louisiana Department of Environmental Quality estimated that the hurricane resulted in 22 million tons of garbage.

If you live in a rural area, you might be in better shape:

Burning your garbage: Although it’s not the healthiest solution in the world, for thousands of years it was about the only solution that people had to remove waste from their homes. To this day, a number of people in rural areas of the United States still use it as their primary source of waste removal.

If this becomes your only option, you want to do it late at night to minimize your exposure. The last thing that you want to do is draw attention to your bug out location, by advertising the fact that you have stuff to burn to begin with. Burning at night makes it harder for people to see the smoke, and will make it harder for them to find your location.

Burying your Trash: Another option that you may need to consider during a long-term disaster situation is burying your trash. Burying your waste can help prevent the spread of disease, and can keep rodents and predatory animals away from your home.

Creative uses for your garbage: Like it or not, stuff that you normally would have thrown away during the good times will now have to be recycled, and I’m not talking about placing it in the big green bin. You will have to find creative uses for everything that you have, including things that might seem like garbage.

Animal Feed. Most of your scrapes, vegetable peels, and other inedible foods can be easily turned into feed for your animals. This will help not only minimize your waste but is also a great way to feed helpful animals like chickens, goats, and rabbits.

Composting – Composting is easy and is another great way to turn your organic wastes into a valuable resource. Composting produces nutrient-rich material that can be used to help your survival gardens thrive.

Have you prepared to deal with health and sanitation issues during a long-term disaster? Now is the time to make a plan and stock up on Sanitation supplies!