Over the next couple of weeks we are going to be looking at a number of ways to power your electronic devices while off the grid; allowing you to turn your tablets and smartphones into a valuable survival tool filled with maps, survival books, PDFs and vital information that you can access out in the field or during a grid-down emergency.

The first device we are going to look at is a battery pack from TYLT: The Energi 10K Battery Pack 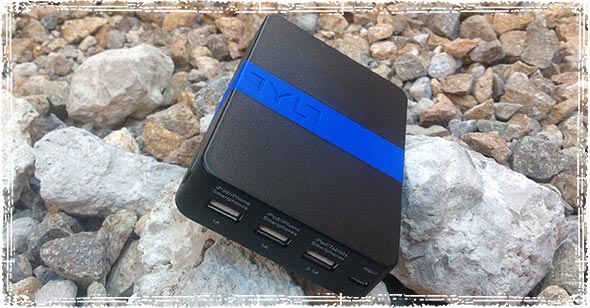 Over the last couple of years, a number of companies have started making portable battery packs that can power your electronic devices while out in the field. The Energi 10K Battery Pack by TYLT is one of my favorites; giving you enough juice to power a smartphone and a tablet at the same time.

The Energi 10K allows you to pack some real power! In fact, you can charge up to three devices at one time; allowing you and your family to have some extra juice while off the grid. The three ports allow you to charge either three smartphones, or two smartphones and a tablet all at one time.

Charging speeds are pretty close to what you’ll see with a typical wall charger – about 3 hours to charge an iPhone from 0% to 100%. When charging two iPhones, one from a wall charger and one from the Energi 10K, I found they both fully charged the phones within about 10 minutes of each other. Since the 1amp port is putting out the same amount of power as your typical iPhone wall charger, it makes sense that charging times would be similar ­– unfortunately, that’s not always the case with some battery packs, where actual output can vary.

To charge your phone even quicker, the 2.1 Amp port should cut the time in half – which is exactly what would happen if you used you’re higher power iPad Charger to charge the iPhone at home.

This thing packs enough juice to simultaneously charge two iPhones and an iPad at the same time. I’ve been able to charge my iPhone about four times before having to recharge the battery pack. Combined with a small solar charger, like the Goal Zero Nomad 7, you should be able to power your field devices indefinitely. 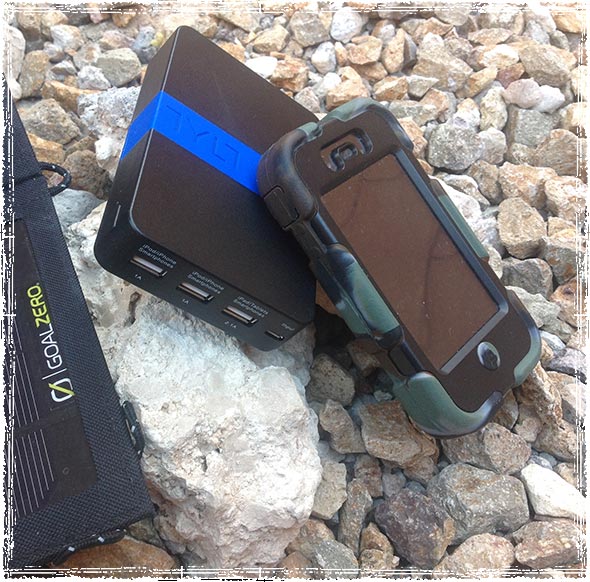 When out in the field, I throw the battery pack on a small solar charger during the day and then plug in my devices at night. By the time I wake up everything is ready to go.

The Energi 10K has a 10,400mAh internal battery, which can push out 4.2 Amps when three devices are connected. There are three ports –2 USB ports that each have an output of 1 amp and one USB port has an output of 2.1 amps.

The TYLT Energi 10K Battery Pack retails for around $89