To start the series, I’m going to answer some of the most frequently asked questions that I receive about myself, the website, and my views on preparedness.

Q: Why did you start Off Grid Survival?

A: In the beginning I started the site as a way to talk about the things I like doing; Hiking & Backpacking, Amateur Radio (HAM), Tactical Defense & Shooting Sports and basically anything outdoors related. To be honest, I really never thought about the site as a Preparedness site; this is just the way I like to live.

After running the site for a while, I realized there was a big void in the preparedness community. Often times you get these guys who worked for FEMA or some other government agency talking about preparedness. In my opinion, these people have little practical knowledge when it comes to survival.

They may know about things like government continuity, or repairing infrastructure after a disaster – some would argue that they don’t even know how to do that – but many of these people don’t have the first clue about protecting themselves or their family during a disaster.  Many are government bureaucrats, who have taken a couple of CPR classes and now consider themselves experts on the topic of survival.

I saw the advice they were giving people and realized I had an obligation to share my knowledge with those who weren’t prepared.

Q: Are you preparing for Doomsday?

A: Not at all; I know the doomsday thing is pretty popular right now, but I would not consider myself a doomsday prepper, and I think a lot of  people in the preparedness community are pretty sick of hearing that term. In my opinion, preparedness is so much more than what some of these doomsday shows choose to highlight.

Q: For those that are just getting started in Preparedness, where do you think they should start?

A: First and foremost, the number one key to survival is knowledge. Often times you’ll hear a lot of the so-called, “experts” going on and on about the importance of things like emergency supplies and gear; while those things are very important aspects to being prepared, they in no way guarantee your survival.

The key to being prepared is to soak up as much information on the topic as you can, and then take that knowledge and start practicing it in a real world environment. Sign up for our RSS Feed, check out other survival websites and blogs, take a class on first-aid and preparedness, and learn everything you can about survival.

Q: What about Gear and Survival Supplies?

A: As far as recommending specific preparedness related gear or emergency supplies, if you’re just starting you need to focus on the basics. 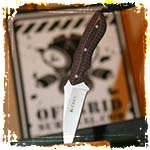 The basics include Water, Food, Shelter and Protection. Don’t listen to the bullshit government advice of having 72 hours’ worth of supplies; that number doesn’t even come close to what you really need. In my opinion, two weeks is the absolute minimum amount of supplies that you should have on hand at all times, and even that’s a very conservative number.

The two weeks’ worth of supplies is really just a goal for those starting out. Once you achieve that goal you should then set a goal for 3, 6, and then 12 months.

If you look at events like Hurricane Sandy, Rita and Katarina, most people were without food, power and supplies for weeks, some even went without power for over a month. If you look at the worldwide financial crisis, you get an even better picture of why I recommend being prepared for much longer than two weeks.

Over the last couple of years, numerous people have emailed us to share how their emergency supplies sustained them through these tough economic times. Millions of people have lost jobs, many of whom have been unemployed for 6 months or longer. While this is rarely spoken of as a preparedness topic, I believe it highlights how important preparedness is in our modern society.

From a job loss, to a full-blown economic collapse, do you have enough food, water and clothing on hand to sustain yourself and your family for an indefinite amount of time? How helpful would it be to have a pantry and a freezer full of food if you lost your job?

I want to restate this again, Preparedness is so much more than preparing for these Hollywood type disasters, it’s about being prepared for everything including those small-scale events that can feel like Hollywood disasters for those that are involved.