I’m a huge fan of these small little portable battery backup devices. They’re great for camping, weather emergencies, and make a great addition to any Bug Out Bag or Go Bag. 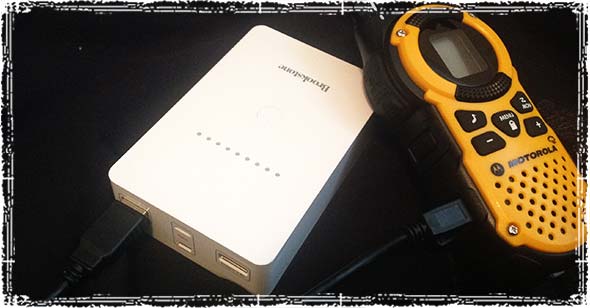 Today, we are looking at the Brookstone 13,000mAh battery backup device. It’s a great little unit that holds enough power to charge an average iPhone over 7 times, and it can be recharged directly from a wall charger or a small solar panel like the Sunjack panels that we reviewed last week.

Charging speeds are almost identical to what you would expect from an actual wall charger. In my testing, with both iPhones and iPads, the Brookstone charger showed charging speeds identical to the native apple wall chargers. With a 2.1Amp and a 2.4Amp output, the device has enough power to charge most tablets, including the iPad which requires the higher amperage output.

They Retail for around $129