Large, planned events can attract tens of thousands of people and the potential for chaos. 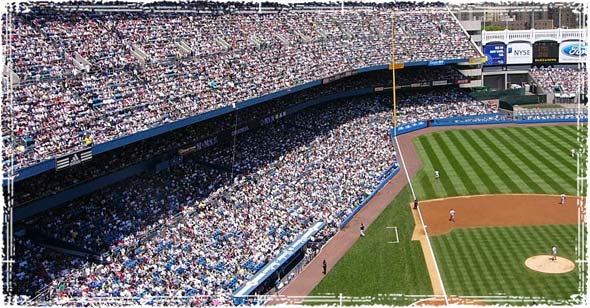 Security planning for major sports events has become a major concern for the security industry; with so many people packed into one area, these events are an attractive target for lunatics who are looking to make a political statement. Pack 20,000 people into a concert venue or hundreds of thousands of people into a NASCAR race and the possibility for an emergency situation is nothing to laugh off.

In the aftermath of the chaos in Ferguson and Baltimore, and in the shadow of the Boston Bombing, large events and rallies need to be a source of consideration when thinking about threats to your personal security. High-profile sporting events, political rallies, and social justice protests are all a major cause for concern, as terrorists and those looking to spread chaos are increasingly targeting these events.

Be aware that large events can be an evacuation nightmare:

When it comes to safety concerns at a large event, one of the largest post-disaster threats is what happens during an evacuation. Even a relatively small disaster – one that doesn’t pose a large-scale threat to the crowd – can quickly spiral out of control. Panic alone can cause a crowd to stampede exits, causing a dangerous situation or providing a secondary target in the case of a terrorist attack.

Large scale events are often logistical nightmares, and a person can easily be caught off-guard and find themselves in the middle of the chaos without a quick way to get out.

Some problems to keep in mind when attending large events:

Even those who stay home could be affected by large events:

Even those of us who avoid these large events might not be able to avoid the dangers associated with them. During any large-scale event that happens near your home, you should always be alert and have a plan to deal with emergencies.

Some problems to keep in mind for those who stay home:

Safety starts with researching the event: One of the best ways to stay safe at any event is to be situationally aware of what’s going on around you; that process starts by knowing exactly what you’re getting into.

Scan the area: Once you’re at the event you need to stay aware of your surroundings.

Stay aware of your surroundings at all times. If you get the slightest feeling that something may be wrong, you need to listen to your instincts and act fast.

Have a meetup plan: Should something happen at the event, everyone in your group should have an evacuation plan and an area to head to when trouble starts.