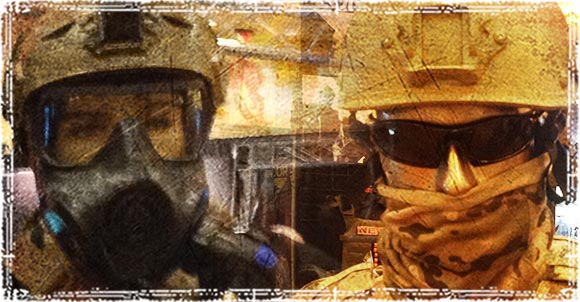 What is a Survivalist?

The term survivalist started popping up in the 1960’s after people started warning about the devaluation of our currency, the possibility of nuclear problems because of the cold war, and the skyrocketing inflation rates that were hitting the country. Around that same time, the increased urbanization of our way of living caused many to worry that this new urban model would eventually become unsustainable, causing supply shortages and chaos in large urban centers.

What is a Prepper?

The term Prepper is actually a relatively new term, made popular after T.V. shows like Doomsday Preppers started to exploit the term.

When it comes down to what these terms really mean, the best way I can describe both terms is through the lens of self-reliance. Whether you consider yourself a prepper, or a survivalist, it basically comes down to wanting to be able to provide for yourself and your family without having to rely on some government bureaucracy to keep you safe.

It’s actually pretty weird, and quite sad that we even need these phrases to describe something that was once considered human nature. Unfortunately, we live in a time where people have forgotten how to fend for themselves; they now rely so heavily on the government and large corporations in so many areas of their life that should something ever go wrong we are going to see mass chaos beyond what a majority of people are prepared for.

We’ve talked about the problem many times in the past, but most Americans are still blind to what’s really going on.

In my opinion, this country has been teetering on the edge of a socioeconomic collapse for the last couple decades. From Nixon’s policies in the 1970’s that took the world of the gold standard to the financial crisis of 2008, our country has done very little to solve our economic problems. In fact, both sides of the political aisle seem to doing everything they can to make it worse.

Our county sits at over 16.8 trillion in debt, with unfunded obligations that put the actual number well over $120 trillion. Our government has created an economic Ponzi scheme that literally depends on debt to stay afloat. While politicians may talk about getting out of debt, the truth of the matter is, this country’s insolvent. The Federal Reserve can’t continue to create money out of thin air for much longer; eventually the entire Ponzi scheme is going to collapse.

So what is a Survivalist, and why is prepping becoming so popular?

We are people who realize our system of debt and government reliance can’t last forever. It’s only a matter of time before the whole thing comes to a screeching to a halt, and when that happens things are not going to be pretty. When things go bad you’re going to have to deal with a whole host of threats, many of which the average person has never considered or properly prepared for.

So you can choose to keep adding cards to a house that’s about to collapse, or you can start to rely on yourself and make sure you’re able to provide for your family when everyone else is wondering how they’re going to put food on the table. In my opinion, the choice is pretty simple; you can continue to rely on a government and a way of life that got us into this mess, or you can start to take back your freedom and learn how to live a self-reliant lifestyle.

If and when the system collapses, you’re going to have to fend for yourself. You might want to be Prepared!