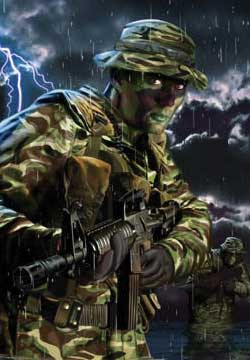 Over the last couple of decades, the term Survivalist has been hijacked by the media and is often used as a way to disparage those who live a self-reliant lifestyle. Survivalist and preppers are often lumped into a group with conspiracy theorists or fanatic types, which unfortunately makes the average person a bit reluctant to learn about survival and preparedness.

If you listen to the media, then the word survivalist probably brings to mind images of wackos like the Oklahoma City bomber Timothy McVeigh, or people like the Unabomber Ted Kaczynski.

Why the Media seems to relish the idea of making survivalists look like a bunch of crazy lunatics, I will never understand. While I have come across a couple wackos in my time, the vast majority of people writing about survival topics are just normal everyday people.

In fact, most of the things they talk about used to be common knowledge.

Since the begging of time, people have been preparing for the worst. They weren’t survivalists; they were just average everyday people who understood the importance of self-reliance and preparation. In fact, up until the last couple of decades, most people understood the need to be prepared. Unfortunately, today’s world is more worried about what they can take from others, instead of thinking about how they can contribute to society.

In today’s world of iPads and cell phones, most people would find it hard to survive a single day in our ancestor’s shoes. They have become reliant on technology, consumer goods, and the government to keep them well.

Our society has become so dependent, that most people have forgotten the skills that helped man survive for thousands of years.

So what is a Survivalist, and why is it important in today’s age?

Being a survivor isn’t about preparing for some post-apocalyptic future war that may or may not ever happen. It’s about being prepared for real-life things that happen on a daily basis. All you have to do is look at an event like Hurricane Katrina to see why it’s so important for people to be prepared for the worst.

During Hurricane Katrina, the unthinkable happened. A major U.S. city was cut off from food and water, and all hell broke loose. From rioting and looting, to rapes and murders in the streets, the city of New Orleans devolved into chaos in a matter of hours.

Since Katrina, many people have woken up to the reality of the world we currently live in. From violent crimes and social unrest, to staggering amounts of debt that threaten to sink our country, there is no shortage of chaos.

With so many problems facing today’s world, doesn’t it just make sense to be prepared?

So what can you do to protect yourself?