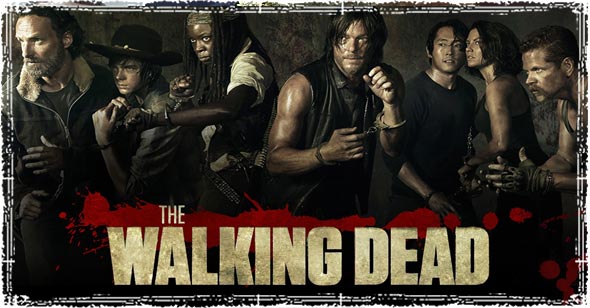 After binge watching AMC’s The Walking Dead I’ve come to the conclusion that although it is fiction this post-apocalyptic drama has a few things to teach us preppers and survivalists. I will say this now, there will be spoilers in this article so be forewarned.

Lessons You can Learn from The Walking Dead

The first and most important lesson I’ve found is that mobility is absolutely key in any SHTF situation. This is a fact that Rick Grimes and his rag tag band of zombie slayers have found time and time again. No matter how safe, secure and sustainable the environment there will always be the possibility of either someone trying to take it from you or nature or another force will drive you away. This is where having a bug out plan in your back pocket comes into play. 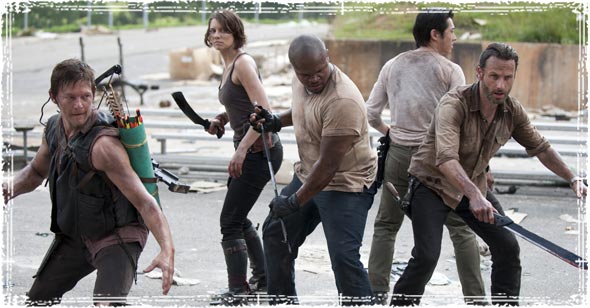 You need a bug out plan complete with rally points and caches.

Have a bug out plan complete with rally points and caches. This was something lacking in The Walking Dead. When the group fled the farm they rallied back at the traffic jam; but when leaving the prison everyone split up and in both cases there were no caches of weapons, food or supplies that they could resupply at. Notice too how no one has a Bug Out Bag. Rick and his group failed to plan for having to EVAC in a hurry especially having to do so on foot. Of course a mad scramble chaotic exit makes for better TV but does also serve as a warning to us survivalists that we need to maintain our readiness to EVAC at the drop of a hat.

Make sure that the plan is practiced and that everyone knows the locations of the rally points and caches without requiring use of a map or compass. This is important if only a few people know where the caches are or where to rally then what happens when they are separated or killed? The entire group should know every detail of the plan and all the locations. Practice is key because as the military says ‘sweat in training so you don’t bleed in combat’. Rick knew the Governor would come for him so the occupants of the prison should have rehearsed bugging out until it became second nature. Instead, only a few survived and it was due to a total lack of preparation. Again, a good bug out doesn’t make for great TV so I’ll forgive the producers on this one.

Have an alternate location to bug out to. I’m a strong believer in not bugging out unless you have somewhere to go. Just heading off into the woods is simply not adequate, unless Murphy’s Law is kicking your ass all the way out the door, then it’s time to pick a direction and leg it. Even if an alternate permanent location cannot be found having somewhere to go to re-group, re-supply, and base out of temporarily is the next best thing.

Be prepared to be able to survive “on the road” for an extended period of time if need be. Scavenging sucks and trying to find the necessities of life after most houses have been scavenged already is not very practical. This is where good Bug Out Bags come into play. Having all the necessary kit to survive on foot for long periods will make life on the road a lot easier. Having the ability to procure food through several different means would be vital to long term mobile survival. The difference between being on the road with and without a Bug Out Bag, or a I’m Never Coming Home Bag, is night and day. 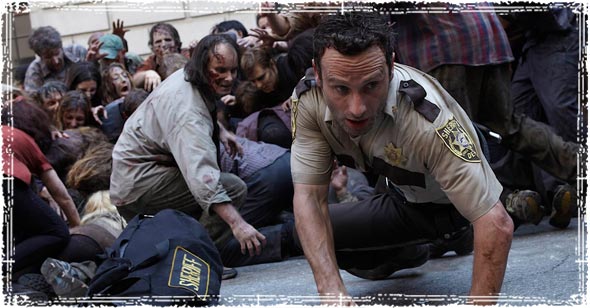 Second, the saying goes ‘desperate times call for desperate measures’. We have seen Rick’s group face off against hoards of the undead and fellow survivors; they have faced many situations that us watching at home find shocking, and some of their actions morally questionable.

Survival is not a game; there is no second place, and even the best of us will have to adjust our moral compass to ensure our and our family’s survival. When Shane shot Otis in the leg leaving him for dead he did it to ensure he could get back to the farm with the medical supplies to save Carl’s life. This could be considered a barbaric and downright evil act, leaving an innocent man to be eaten by the undead. Yet if faced with the same scenario can we all say we’d take the moral high ground or would we do what is needed to save a child’s life?

When we met the ‘Governor’ we saw an example of how power corrupts and absolute power corrupts absolutely. When stripped of all the conveniences of modern civilization people will naturally seek out a leader, even if that leader is sociopathic. A look through history shows the human race has a very poor track record when it comes to choosing those we follow. When society collapses we cannot expect that suddenly we will begin to follow the ‘good guys’ for it will be those who revert to their instinctual and primitive survival mode that the average person will look up to as someone that can ensure their survival. Most people will forgive a multitude of sins in order to maintain their own safety and security. Witnessing brutality at the hands of your leader should cause people to want to leave, but if that person is keeping you safe and secure then looking the other way is nearly an act of self-preservation.

The people of Terminus turned to luring unwitting survivors and then cannibalizing them. This is not a far-fetched scenario. Throughout our history cannibalism has been practiced and resorted to in times where a person’s very survival is at stake. Some societies regularly practiced it and it is said that modern humans are only a few weeks away from resorting to eating each other when all other food is scarce. In a true end of life as we know it situation we should expect to see people begin to cannibalize just to survive.

Hunger, thirst, desperation, anger, frustration, hopelessness, and numbness to the suffering around us will cause a higher level of barbarism. We will all revert to a more primitive survival minded human who will act far more aggressively and with less restraint. In a kill or be killed world hesitation means death, therefore those who hesitate and to an extent those who show too much mercy and compassion end up being the ones at the losing end of the fight. We see this when Rick was in the bar attempting to locate Hershel, he encountered two men who stumbled upon them while scavenging. Rick was the one who shot first killing both the men when it became clear they wanted to have the farm. His willingness to act first meant he got to live. 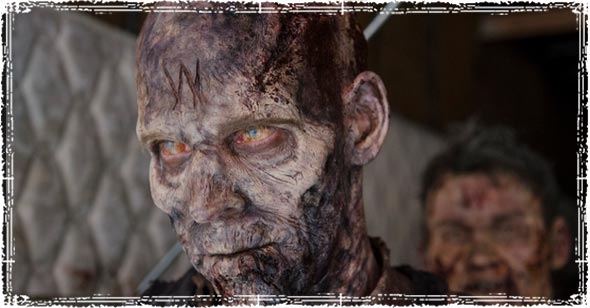 In Survival, There is No Such Thing as a Lone Wolf.

Last, there is no such thing as a lone wolf. Humans thrive when we are together and we have always been social beings. We need each other not only to watch each others back, but to divide duties in the collection of resources. We have never throughout history been able to go it alone. We have always formed communities that mutually help with the gathering and division of resources. Even Michonne, who was on the road alone for quite some time, joined Rick’s group because there is strength in numbers.

The Walking Dead depicts a number of scenarios that shows us there are consequences to our need to be together, and that we are going to have slim pickings of who joins our group. We will all have to live and work together with people we may not like, or even hate, but in order to survive interpersonal skills and a solid leadership will be essential.

Knowing how to simply bite ones tongue and just get along will be an invaluable asset. Avoidance of conflict within the group and quick and fair resolution of any conflicts that arise will make survival just that much easier.

In the modern world we can disengage from those we may have issues with, but when the modern world no longer exists we will all be forced to accept people who may have personality traits that cause conflict. We may have to accept these people because the skill set they bring increases the survivability of the rest of the group. The Walking Dead has shown us several people who caused issues or who’s morals clashed with those of the rest of the group. This is where having a strong leader that commands respect comes into play. Only a good strong person who has the skill and patience to resolve all the inevitable conflicts can truly hold a group together. We see this in the first two seasons where Rick has to deal with Shane’s clashing survival philosophy and conflicting personality on a regular basis. 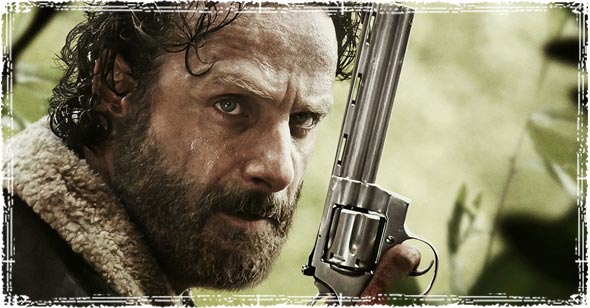 Leadership will be a defining factor in survival. We’ve seen Rick Grimes evolve as a leader and we’ve seen a poor example of leadership in the Governor. Dedication to his family and those in his group makes Rick a good leader but he pays the price of sacrificing his own sense of right and wrong in order to maintain the group’s survivability. He is respected by his followers and they follow him and his orders willingly. The level of trust placed by the group in Rick is a great example of how a group should be and how they should be led.

Don’t just settle for any crappy little flashlight, you want to look for one that can serve multiple survival purposes – enter the Tactical Flashlight. […]