FREEDOM, it’s something that’s starting to become a foreign concept in this country, and I’m not just talking about politics. 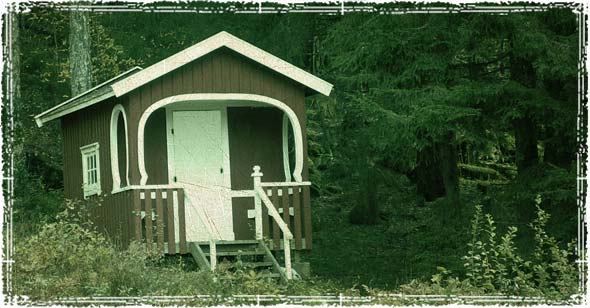 From technology and mainstream media, to the never-ending quest to out keep up with the neighbors, Americans have become shackled down by our modern consumer culture. They have forgotten what it means to be free.

We have talked about the Tiny Home Movement in the past, and how a growing number of people are giving up their large homes in search of a simpler way of life. A new documentary from Kirsten Dirksen, with Fair Companies, called “We the Tiny House People,” showcases people who downsized their lives and took an alternative approach to life.

The thing that intrigues me about the “Tiny Home Movement” is how ordinary everyday people are finally starting to wake up and realize that they don’t need to buy into the modern “American Dream”. That’s not to say I don’t believe in the American Dream, I just think it’s been warped into some perverse gimmick used to convince people they need to go into massive amounts of debt to be happy. In my opinion, that’s not a dream; it sounds more like a nightmare.

“We the Tiny House People” is a 5 year project that looks into the alternative living movement. It features people searching for simplicity, self-sufficiency, minimalism and happiness by creating shelters in everything from small shacks and house boats, to converted treehouses, caves and trailers. While this lifestyle may not be right for everyone, it definitely shows that you don’t need much to be happy. It’s also a good reminder that there’s a whole world out there waiting to be explored.

Watch the “We the Tiny House People” Documentary