According to a new study, most Americans are incredibly unprepared to face even small-scale financial emergencies. In fact, according to a recent Google Consumer Survey approximately 62% of Americans have less than $1,000 in savings. The numbers are backed up by another recent survey conducted by Bankrate.com that found 62% of Americans have no emergency savings for emergencies like a $1,000 emergency room visit or even a $500 vehicle repair.

While these numbers may be shocking to some, they are actually not that surprising when you look at the numbers. 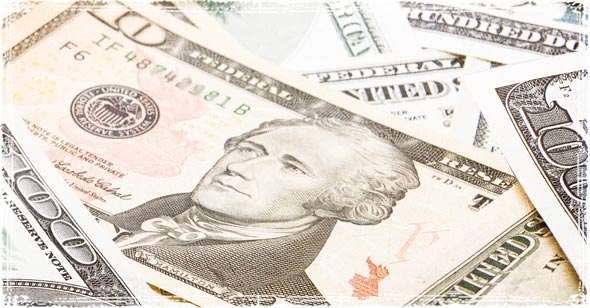 The American public has been hurting for quite some time, and the supposed economic recovery never really quite worked out the way they said it would. According to new numbers from the Social Security Administration, over 51% of all workers in the United States now make less than $30,000 a year. To put those numbers into perspective, the federal government sets the poverty level at $28,410 for a family of five.

Americans are struggling, and despite the constant government propaganda campaign, trying to convince the public that the economy is in recovery mode, things have only gotten worse since the 2008 financial banking meltdown.

I’ve written a number of articles telling people how to prepare for the coming collapse of the economy, but the reality of the situation is that most Americans are already teetering on the edge of a financial crisis.

Things you can do to Prepare for Economic Troubles:

Get out of Debt Immediately: While this might be easier said than done, you need to do everything you can to get out of debt. Whether that means taking on a second job, canceling all non-essentials (gym memberships, cable, cell phones, etc…) or just selling your old stuff at a garage sale, you need to work towards zeroing out your debt. The last thing you need is to be facing a foreclosure or repossession when the economy starts collapsing.

Learn to Prep on a Budget: Don’t be fooled by fancy marketing gimmicks that try to convince you that you need to spend all sorts of money to be prepared. While you may have to spend some money to get on top of things, prepping should actually save you money in the long run. Put together a budget that accounts for all of your essential needs and then add a realistic preparedness line item to the budget.

Establish an Emergency Fund: Part of that written budget should include a line item for putting away some sort of emergency fund. You may not be able to fully find it right now, but every dollar that you can throw at that fund will put you that much closer to your goal of being financially prepared to meet future crisis situations.

Learn to be Self-Sufficient: One of the biggest problems we face as a country is the lack of self-sufficiency that has spread like a disease throughout this country. We live in a throwaway society, where instead of learning how to fix something when it breaks, people instead run to the nearest store to buy another piece of garbage that they probably didn’t need to begin with. One of the best things you can do to ensure your future and your financial freedom is to learn how to be completely self-sufficient.

Have ideas or tips that you think can help? Please leave your ideas in the comments section…