Prepping is a Fad

While some people have been influenced by TV shows like Doomsday Preppers, the subject of prepping is far from a fade.  In fact, Preparedness is something that’s been talked about as far back as early Biblical times. The Bible is filled with many examples of prepping and even offers preparedness advice.

The story of Noah is probably one of the best examples of prepping in the bible. In Genesis, Noah is instructed to prepare for the coming flood by stockpiling food for his family.

Genesis 6:21 (NIV)
“You are to take every kind of food that is to be eaten and store it away as food for you and for them.”

There are many other biblical passages that refer to prepping, here are a few.

Proverbs 27:12
A prudent person foresees the danger ahead and takes precautions. The simpleton goes blindly on and suffers the consequences.

Proverbs 21:20 NIV
In the house of the wise are stores of choice food and oil, but a foolish man devours all he has. 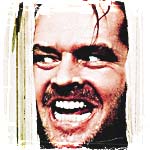 While the mainstream media likes to show the fringe in any movement, most Preppers are far from crazy. While I wouldn’t say we’re normal; I also wouldn’t call us crazy.

What’s considered normal in this country is to rely on someone else to provide for you during an emergency. If that’s normal, I think I’ll opt for being the oddball who’s able to protect his family when the chaos of a natural or man-made disaster strikes.

Preppers are all Anti-government 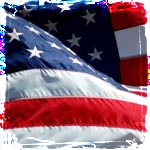 Preppers come from a wide variety of backgrounds, hold a myriad of different political beliefs, and can’t be nicely fit into any one category. In fact, one look through some of the comments on this site will highlight the many different opinions that are out there.

While many of us probably believe in a limited government, I don’t think that necessarily makes us anti-government. Most of us simply believe that we’re responsible for our lives, our safety and the protection of our family during a time of crisis.

Preppers are all preparing for Doomsday 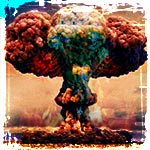 Forget about the sensational images you might see on T.V. shows like Doomsday Preppers; the fact is most Preppers don’t wake up planning for the apocalypse. In fact, most of us are preparing for relatively common situations such as; natural and man-made disasters, economic and political problems and even everyday problems like loss of employment.

Want more information on Prepping? Check out our Top Ten Tips for Preppers