Having an emergency evacuation plan is a crucial step in being prepared. In my opinion, it’s one of the most important elements in any survival plan. But I know, I can hear it now…. A number of people are probably getting ready to comment on how they’ll never leave their home, how bugging out is not plan, and how they’ll defend their home to the death in any situation. 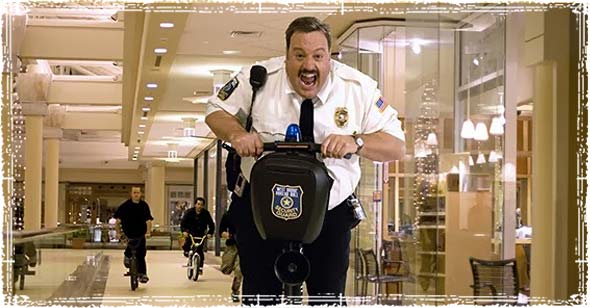 Listen, just like most people I would much rather be in the safety and security of my own home. But to ignore the fact that an evacuation may someday be inevitable is not only shortsighted; I think it’s a major hole in any survival plan. To truly be prepared, you must consider the possibility of having to evacuate your location.

While I would much rather stay in my home, there are so many different scenarios that could make that impossible, I feel it’s irresponsible not to plan for the possibility. If the SHTF, having a plan of action is going to put you 20 steps ahead of the mindless morons who spent their time watching T.V. thinking nothing bad could ever happen to them.

If you waited for the government to issue an evacuation notice, it’s probably too late. The last thing you want in any emergency situation is to get caught up in the chaos of the crowd. Mindless morons will be everywhere; it will literally be like the zombie apocalypse that so many survival websites like to talk about.

Think about how crazy people act during the holidays. If people can’t even manage to go shopping on Black Friday without trampling each other in the doorway of a Walmart, what do you thinks going to happen if the government issues an evacuation notice?

In a report from the Mineta Transportation Institute, the agency found that every one of our major cities was negligently prepared to handle any type of evacuation, especially ones that hit with no notice.

“Spontaneous evacuations of New York City and Washington, D.C. following the 9/11 terrorist attacks demonstrated that U.S. cities are not prepared to manage the sudden influx of traffic into roads and highways following a no-notice disaster,” said Dr. Anurag Pande, one of the study’s authors. “For many years, anticipated events such as hurricanes have been the basis for evacuation planning. Now we see increasing interest in evacuation planning based on hypothetical no-notice events.”

While this really shouldn’t be a shocker to anyone who is a regular at this site, I include it as a wakeup call for those who have not formulated an adequate evacuation plan.

Your personal strategy for dealing with disasters and threats will depend largely on your situation. While every evacuation plan should be custom tailored to your unique situation, your location and your most likely threats; there are a couple of things that everyone should keep in mind.

The decision to “Get the Hell out of Dodge.” 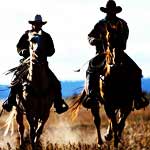 This one thing is probably the most crucial part of your plan. Deciding when to go should be an important part of your planning process and needs to be thought of now, not when you’re in the middle of a full-blown crisis situation. The trick is to weigh what factors and threats will determine when and if you should leave your location.

In any evacuation, timing is everything. You must be able to recognize the signs of an impending disaster, and then have a plan in place to deal with it. Do you have a plan?

Keep in mind the quote from above…. “U.S. cities are not prepared to manage the sudden influx of traffic into roads and highways following a no-notice disaster.”

During even a small-scale disaster, in a very short amount of time most of the major highways systems and roads are going to become completely clogged. You need to develop an evacuation plan that includes multiple routes out of town.

Plan now, and map out as many routes as possible. Google Maps, A Road Atlas, and Off-road Recreation Maps

are all resources that can be used to find alternative evacuation routes. Have a plan A – Z and don’t forget to print out vehicle, off-road and walking routes (hiking trails, railroad tracks, side roads, etc…)

Are you actually prepared to Bug Out?

Many preppers talk about bugging out, but how many of them have the skills or the strength to actually do it? What if the situation were to call for an evacuation by foot?

It’s one thing to talk about bugging out; it’s another thing to carry your gear 10-15 miles a day in dangerous and unforgiving conditions. Check out our article on preparing yourself for a bugout scenario.

The key to being prepared is to customize your strategy. No book, No website, and No expert will ever know your unique situation enough to tell you what to do. Each and every person reading this must evaluate their own specific circumstances and then formulate a plan to deal with the most likely threats facing them.

While we can point you in the right direction, your safety ultimately comes down to how willing you are to put in the work. I encourage you not to put off implementing these strategies. The last thing you want to find out in a disaster is that you are too late to do anything about it.