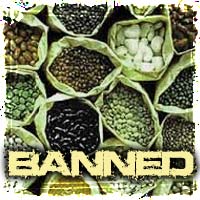 A New piece of legislation being proposed by the European Union would make it illegal to grow, trade, or reproduce anything that’s not on the list of EU approved seeds. They are literally trying to prevent people from growing their own plants from non-regulated seeds.

Not surprisingly, a majority of the “approved seeds” are genetically modified seeds that are owned by some of the world’s largest corporations like Monsanto, DuPont, AstraZeneca, and Bayer.

The law, if implemented, would immediately ban small farmers and organic growers from developing their own vegetable varieties, and would force them to register their seeds with the EU. This would essentially put most of them out of business because many would not be able to afford the registration fees.

Companies like Monsanto have long been pushing for the criminalization of seed saving. In fact, Monsanto has gone as far as developing what are known as Suicide or Terminator seeds that produce fruits and vegetables with sterile seeds. This prevents farmers from planting seeds they harvest, requiring them to repurchase seed for every planting.

The one thing standing in their way is those who save their heirloom seeds, this new law would change that.

Almost all types of heirloom seeds will be banned under this proposed EU law. The age-old practice of seed saving would essentially become a criminal act; it would also threaten the future of our world’s plant biodiversity, and will help give these corporations complete control over all seeds and crops grown throughout the world.

Monsanto in America: The Takeover of our Food Supply 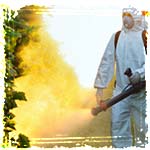 Monsanto, the company famous for developing controversial products like Agent Orange, DDT, PCBs, and recombinant bovine somatotropin, pretty much owns the world’s commercial food supply. They also seem to own the Federal Government in America.

Earlier this year, President Obama signed the Monsanto Protection Act, a provision that was secretly stuffed into a bill meant to avert a government shutdown. The provision protects Monsanto from lawsuits that arise from people who might become ill as a result of Monsanto’s genetically modified seeds.

The bill also bars federal courts from being able to stop the sale or planting of genetically modified crops and seeds. That means even if these seeds are found to pose health consequences to the public, a court of law cannot order them to stop producing or planting these products.

These genetically modified seeds produce products that are now in almost everything you eat, including genetically engineered corn, soy, and wheat that have made their way into almost all commercial food products.

Most people don’t realize that Monsanto literally owns the food supply. Our federal government, with the help of the Supreme Court, has allowed Monsanto, and corporations like it, to patent life. They have allowed them to patent our God-Given seeds and plants, and claim ownership on almost everything you eat. Monsanto, whose company slogan used to be “Without chemicals, life itself would be impossible”, has used their power to ruthlessly go after, and put small farmers out of business.

Using their patents, they have gone after farmers who refuse to use Monsanto seeds. They have done this by claiming that these farms were using their patented products, after Monsanto-engineered grains being distributed by winds cross-pollinated with these farmers’ non-GMO plantings. Thousands of farmers have been either put out of business, or have been extorted into using Monsanto seeds.

Together with Syngenta and Dupont, Monsanto controls and claims ownership of more than half of the world’s seeds.

They are trying to Take Over the Food Supply: 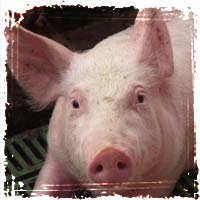 From seizing small gardens to shutting down small family farms, our government is waging war on anyone who dares live a self-reliant lifestyle.

Late last year we reported on how the State of Michigan was seizing and killing free range pigs. They were literally going onto small family farmers and killing their pigs, just because they were being raised as organic free-range pigs. What we didn’t know at the time, was the fact that Monsanto had applied to patent the pig. Yes, they are actually claiming ownership on pig DNA.

The patent is for specific parts of the genetic material of pigs, which would allow Monsanto to do to pig farmers what they’ve done to small farms across the country. If the patent is granted, pig breeders would have to get permission from Monsanto to breed their pigs.

We are under Attack

The takeover of the food industry has been accomplished; the only thing left is to go after small family farmers, and local gardeners. With the help of big government, our world’s corporations have completely shredded the constitution and have claimed ownership on life. If we’re not careful, companies like Monsanto may soon try to patent Human DNA; the way things are going nothing would surprise me at this point.