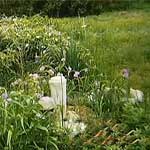 A woman from Tulsa, Oklahoma is suing the city’s code enforcement teams after they illegally cut down her entire survival garden. Denise Morrison, who started the garden after becoming unemployed, had over 100 medicinal and edible plants in her front and back yard.

She told local Tulsa reporters that she started her garden after becoming unemployed as a way to feed herself and treat a variety of medical issues. Instead of relying on government handouts, this woman took matters into her own hands and decided to become self-sufficient. She filled her yard with things like fruit trees, berries, nut trees, and a wide variety of edible and medicinal herbs. She used these herbs to treat her diabetes, high-blood pressure, and arthritis.

Is the Self-Reliant Lifestyle Now a Crime in America?

All her hard work ended when the local code enforcement team showed up to her house and forcibly removed her entire survival garden. 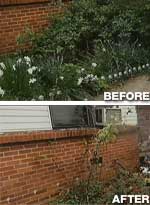 Morrison says that she tried to explain how everything in her yard followed the local code enforcement rules. You see, she had problems with these people in the past and this time she was determined to do things by the book.

She obtained the local ordinances and followed every rule to the tee. She made sure that everything in her garden had a purpose, and that her garden looked its best at all times. Local ordinances stated that no plant could be over 12-inches tall unless they were being used for human consumption.

Morrison made sure every plant in her garden could be eaten, but that didn’t matter to the city. They could care less about what the law actually said; they were determined to take out her garden. “Every word out of their mouth was, ‘we don’t care’,” Morrison said.

Over 100 plant varieties were removed by the code enforcement team, leaving her with no way to feed or medicate herself. They took almost everything, including a number of her fruit and nut trees. She told local reporters in Tulsa, “I came back three days later, sat in my driveway, cried and left.”

Government Crack Down on Liberty

While this case is extremely sad, it’s also becoming more and more common throughout the country. From “nuisance abatement teams” that have been forcing Off-Griders in California to hook back into the grid, to the heartbreaking story of Andrew Wordes who took his life after code enforcement teams seized his home, this country is making it harder and harder for self-reliant people to live on their own land.

While some dismiss these cases as localized issues, I believe they’re part of a larger movement to control anyone who dares to live a self-reliant lifestyle. I think evidence of this can be seen in the federal government’s attempts to regulate small farms out of existence, their use of the EPA to seize private land, the formation of the Department of Homeland Security’s Green Police Force, their attempts to seize control of the Great Lakes, oceans, and waterways, and their use of organizations like The National League of Cities to take control of local governments.