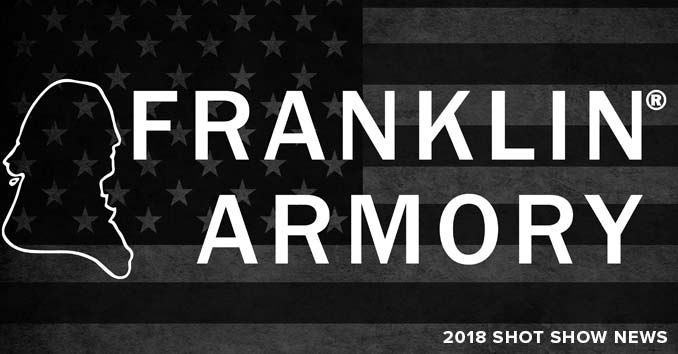 Franklin Armory, a company known for innovation and American made products, is introducing another out of the box idea at this year’s SHOT Show in Las Vegas. During the show, Franklin Armory will unveil their newest Reformation line of firearms.

Known for their groundbreaking American made firearms products like their Binary Firing System, F17 series rifles, and the XO-26, Franklin Armory is attempting to change the industry yet again with the introduction of its Reformation line.

The new Reformation Line products are a line of patent-pending NRS firearms, and the first SKUs in the line include non-NFA configuration with an 11.5” barrel and a conventional stock.

Franklin Armory has already received approval on the line as a non-rifle and will be shipping “without any onerous NFA paperwork required.” 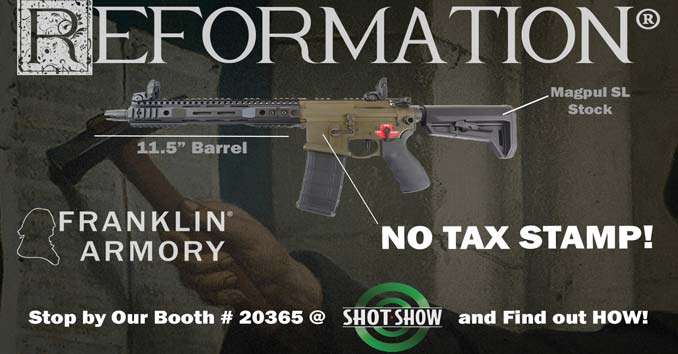 You can check out the Reformation line at Media Day at the Range during the SHOT Show, or stop by their SHOT Show booth #20365. SHOT Show is only open to members of the industry, so if you’re not attending make sure you watch OFFGRID Survival throughout the end of January for exclusive coverage from the show in Las Vegas.