When it comes to backing up your data, the hardware you choose is extremely important. While pretty much every big box stores now carries some sort of external backup drive, trusting these things to keep your data safe is like playing Russian Roulette with your digital information.

Sadly, most of the electronics being sold in the big box stores today are complete garbage. In fact, I just had a WD My Book 2TB Backup Drive completely crap out after falling off my computer. A fall from 18-inches was enough to completely destroy my backup drive.

I can’t tell you how many computers I’ve had fail over the years, but I can tell you that most of what’s being sold seems to be going from bad to worse.

I’ve had multiple brand new computer and laptops, some only in operation for a couple of months, completely fail on me. While some of it may be the harsh conditions that I operate in, many of these computers failed while being kept in optimal working environments.

Because of the nature of my work, and because there’s so much garbage being sold, I’ve looked far and wide for some sort of solution for backing up my important data.

The Ultimate Home Solution to Backing up Your Important Data

What price would you put on your data? From those precious memories that are all now stored on your computer, to medical records, books, emergency plans and other important preparedness data, our lives have become one keystroke away from losing it all. While much of what we talk about on this site has to do with limiting our dependence on the grid, most of us in some way or another depend on digital technology.

The ioSafe 214 is one of the best solutions I’ve found for protecting my data. It’s one of the most well-built, rock solid units I’ve come across; and will probably outlast almost any other backup device you can find. 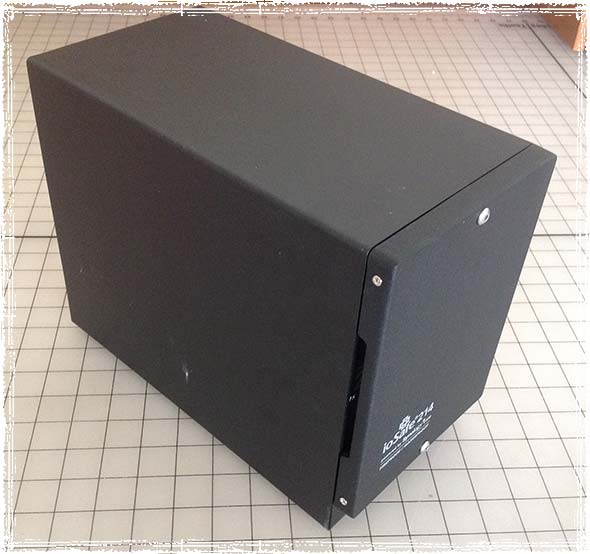 During the process of writing this article, the main hard drive on my computer completely died. Coincidentally, that’s the same week my WD Backup Drive fell from the death-defying height of 18-inches and decided not to work again. Even with the best of intentions things can still go wrong, which is why redundancy is so important when it comes to backing up your data.

Had I not backed up my files on a regular basis, or if I only backed them up on the one device, everything would be lost.

The thing a like about the ioSafe is how the second hard drive automatically mirrors the first dive, protecting you against hard drive failure. If one drive fails, the ioSafe will rebuild the volume back to a redundant state upon replacement of the failed drive. 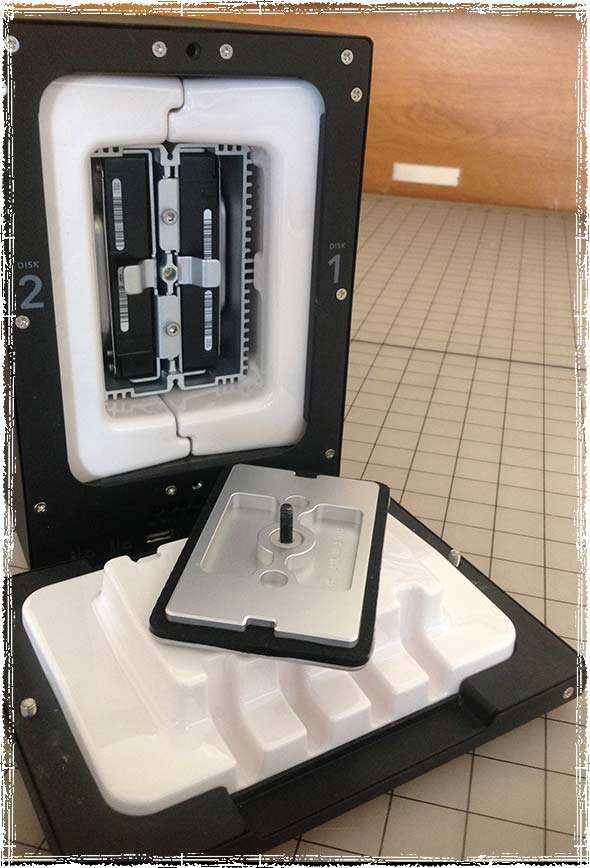 While the built in redundancy of the ioSafe increases your level of protection, if at all possible you should also have a backup device stored at a separate secure location. This will help guard against things like natural disasters, fires and floods which could destroy ordinary backup devices.

If a fall from 18-inches is enough to destroy what’s being sold in stores today, then imagine what would happen to most of these devices during a natural or manmade disaster.

One of the reasons I really like the ioSafe 214 is because the device is built to take a beating. In fact, the internal drives are completely encapsulated inside a solid metal, airtight ceramic safe that will protect your data from water and even fire. The device is rated to withstand temperatures of up to 1550°F, and will protect your data for while fully submerged in water for 72 hours.

Your Own Cloud Server

I don’t trust the “cloud.” As we’ve seen time and time again it’s just far too easy for hackers to target these large internet servers, completely exposing your valuable data to thieves, criminals and other spying eyes. While I love the idea of having multiple data backup points, trusting your data to anyone can be risky to say the least.

With the ioSafe 214, you can enjoy many of the benefits you would with a cloud backup service all on your own internal cloud server. You control it; and only you can give someone access to it. The ioSafe easily connects to every computer and device on your home network, allowing for nightly backups of all your important data. You can then access that data from your personal devices, without having to use some outside service or server.