Although the mainstream media and government officials continue to downplay potential dangers to our country, a number of experts are beginning to come out with warnings that say otherwise.

The situation in Japan seems to be getting worse by the minute. News is now coming across the wires that a second nuclear reactor may now be in jeopardy of melting down. The Japanese government has setup a so called “danger zone” of around 26 miles and began distributing Iodide pills to the public. While they continue to claim that the public is in no danger, this morning they seemed to contradict themselves by telling the public to put their clothing in plastic bags before entering their homes.

Closer to home, The California Department of Public Health is keeping a close eye on the situation. This morning they told the media that they have systems in place to monitor air, water, and the food supply for possible contamination. The state Department of Health in Washington also released a statement this morning that said, they are “conducting ongoing air monitoring for radiation to see if the nuclear plant incident in Japan has affected radiation levels in Washington.”

The US Nuclear Regulatory Commission sent out two of its top experts to Japan to monitor the situation.

So should Americans worry about possible nuclear fallout reaching the west coast?

Opinions seem to be all over the board on this one. The government continues to say that the public is not in danger, but a growing number of experts are suggesting that a total reactor meltdown would definitely affect the west coast.

As you can see from the above graphics, the jet stream would clearly blow some of the radioactive cloud across the pacific towards the West Coast. What that means for us really depends on how much radioactive material is released into the environment.

With more reactors in danger of melting down, I think the public has a right to know what could happen during a worst case scenario. The government needs to get out of the P.R. game and stop worrying about the future of the nuclear industry.  This should be a huge wake-up call to the world.

Fukushima reactor number three is now in danger of meltdown which could make the Tsunami that hit Japan look like Childs play. The reason this is so concerning is that the reactor doesn’t run on uranium, it runs on a mixed uranium plutonium fuel. This MOX fuel is far more dangerous, and a release of plutonium into the environment is an extremely serious matter.

There are reports of white smoke coming from the #3 Fukushima reactor. If this proves to be true this could be very bad news as mentioned right above.

Nuclear Expert Paul Carroll just told FOX  news that the West Coast definitely has something to worry about. He started to talk about why the MOX in reactor 3 is so concerning but was cut off by FOX.

Paul Carroll worked at U.S. Department of Energy and the U.S. Environmental Protection Agency. His principle area of knowledge is Nuclear Weapons

UPDATE: 9:21p.m. PST 3-13-2011 The New York Times is reporting that the Pentagon will soon announce that the aircraft carrier USS Ronald Reagan passed through a radioactive cloud while in route to Japan. This confirms the news of radioactive materials blowing west towards the United States. Officials are saying that the crew was exposed to over a month’s worth of radiation in under an hour.

The report also says that American helicopters that were flying 60 miles north were returning fully coated with particulate radiation. The helicopters had to be decontaminated and washed.

UPDATE: 10:24p.m. PST 3-13-2011
US Navy confirms that 17 airman are being treated for radiation poisoning after flying through a radioactive plume. Cmdr. Jeff A. Davis, a spokesman for the American Seventh Fleet in Japan also confirmed the USS Regan’s on-board sensors indicated that the carrier had also been exposed to radiation.

The Commander said that the U.S.S. Ronald Reagan and other U.S. Seventh Fleet ships have moved downwind and are currently assessing the situation.

UPDATE: 11:48p.m. PST 3-13-2011
The Jiji news agency is reporting that the Fukushima plant No.2 is now having major problems keeping its reactor cool. Officials say that they may release hydrogen from the Fukushima Daiichi No. 2 reactor building.

UPDATE: 8:35a.m. PST 3-14-2011
France, Germany and British government warns citizens and government workers to get out of Tokyo. Despite the danger the U.S. Government is still sending our military right into harm’s way. 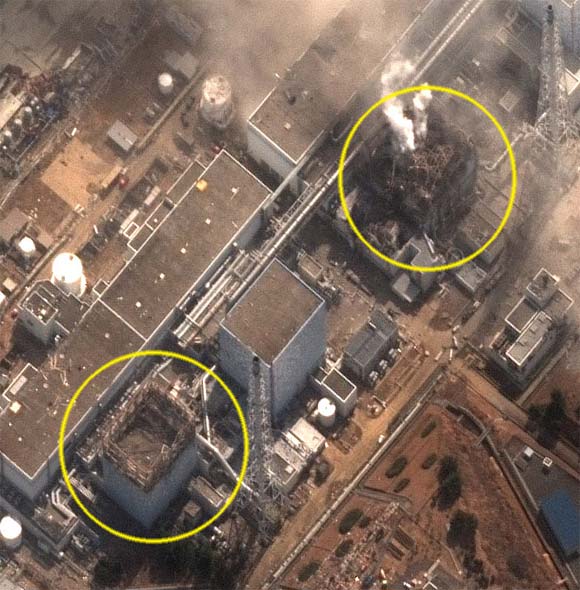 UPDATE: 10:41p.m. PST 3-14-2011
FOX, CNN & other news networks are pulling out of Sendai and heading north because of the radiation dangers.

UPDATE: 6:41 a.m. PST 3-15-2011
Another aircraft carrier, the USS George Washington has detected high levels of radiation. The carrier was docked in Yokosuka, about 175 miles from the nuclear plant in Okuma.

UPDATE: 8:41 a.m. PST 3-15-2011
Hundreds of thousands of Japanese residents ordered to seal themselves indoors after radiation levels soar through the roof.

UPDATE: 1:26 p.m. PST 3-15-2011
As fears of the fallout reaching America intensify; stores across the United States are selling out of Potassium Iodide tablets and supplements. Almost every brand on Amazon is sold out and manufacturers are having a hard time keeping up with the demand.

UPDATE: 11:35 p.m. PST 3-15-2011
EPA announces that they are sending more electronic radiation monitors to the west coast. They refused to say how many or where they would be deployed.

Dr. Michio Kaku, a theoretical physicist told reporters this morning that “We’re very close now to the point of no return” he went on to say that we could be talking about “something beyond Chernobyl”

As crews continue to pull out of the area the U.S. government is considering sending in a team if nuclear and military experts who are trained to respond to nuclear emergencies.

Projected path of Radiation Fallout Map (courtesy of The Australian)

]
:
UPDATE: 8:29 p.m. PST 3-16-2011
UN Forecast show the radioactive plume now being blown across the Pacific Ocean and could hit the west coast on Friday. 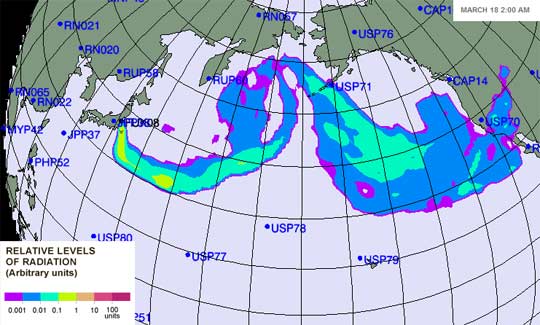 UPDATE: 10:50 p.m. PST 3-17-2011
TEPCO says current radiation levels outside the Fukushima plant are 20 millisieverts per hour. To put these numbers in to perspective, the typical American is exposed to about 3 millisieverts a year. 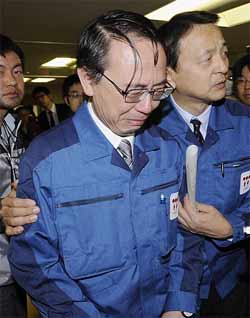