From the gruesome face-eating zombielike attack in Miami to the Maryland man who allegedly ate his roommate’s heart and brain, the last couple of weeks have been filled with stories right out of an episode of the Walking Dead.

The news has been downright bizarre. 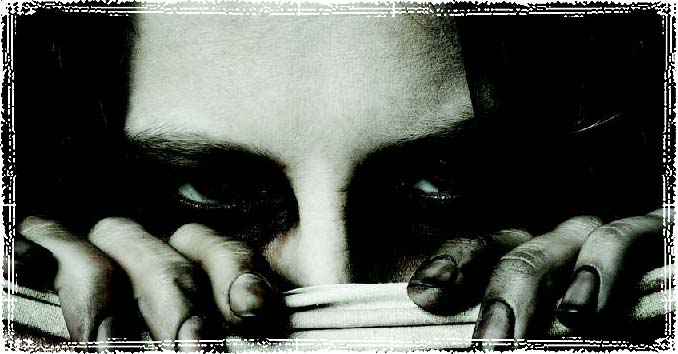 The first attack, the one that started most of the zombie headlines, happened in Miami Florida. Last Saturday, a homeless man had nearly 80% of his face and head chewed off in an extremely bizarre and brutal attack on the streets of Miami.

Just a couple of days later, another bizarre attack was reported in Maryland. In this case, the man allegedly admitted to dismembering and then eating his roommate’s heart and brain. WTF???

Flash forward another couple of days, and another gruesome report surfaced. The attack involved a man dubbed the “Canadian Psycho”. This disgusting creature, allegedly filmed and then posted a ten minute video of himself stabbing a naked bound victim with an ice pick. The attacker then hacked the victim into pieces and started eating the victims flesh.

These horrific zombielike attacks have many people wondering what the hell’s behind this craze of flesh-eating madness? 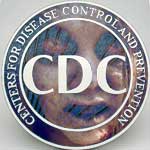 Yep, believe it or not, they actually released an official statement.

While many of the headlines of the day suggested the start of the Zombie Apocalypse, the federal government is telling people “not to worry”.

According to an official statement from the Centers for Disease Control and Prevention, the same agency that released a disaster preparedness guide for surviving the Zombie Apocalypse, the government insists that “Zombies don’t exist”.

But if Zombies aren’t to blame, what is? 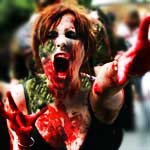 While these stories are definitely bizarre, and they give the Mainstream Media some pretty sensational news headlines, I would argue that these weird events are actually becoming pretty commonplace.

In my opinion, this country has been under attack by zombies for years. No, I don’t mean The Walking Dead

While they may not be the long-dreaded flesh-eating Hollywood version, they sure as hell have many of the same mindless characteristics that most people would associate with zombies.

From last weeks’ news of 25 people being shot in one night in Chicago to the growing number of violent occupy riots, our society is quickly starting to resemble one of those Hollywood Zombie movies. Sadly, this is no movie.

BATH SALTS AND DESIGNER DRUGS: Another cause for concern?

Agitation, dangerously high body temperature, extreme paranoia, vivid hallucinations, psychotic episodes, suicidal thoughts, violent behavior and now zombielike attacks are all being blamed on a new crop of designer drugs. These drugs, commonly referred to as Bath Salts, are nothing like the drugs of the past.

Bath salts, the street name for a new class of designer drugs, have been blamed in a number of the recent sensational zombie attack stories.

This new type of designer drugs contain a mixture of chemicals that are often concocted in underground labs across America. Surprisingly, these drugs are completely legal and are being sold in mini-marts and smoke shops throughout America.

If you ask me, it’s not so much the fact that these drugs induce Zombielike behaviors that should be the cause of concern. The real concern should be that people would use them in the first place.

It’s kind of a chicken and the egg question, what came first the zombies or the zombie drug? 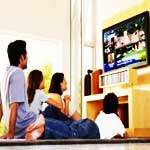 The Truth Just Might Be Stranger and More Dangerous Than Fiction.

Have you tried to talk to anyone lately? It seems every time I step out of the house it becomes harder and harder to find anyone who can hold a rational conversation. It almost like their brains have been sucked right out of their heads.

In my opinion, America has become a nation of zombies.

They might not be dead, but their brains sure seem compromised! From the brain dead masses who fill their heads with reality T.V. and celebrity garbage, to the techno junkies who can’t make it a day without texting or staring at some electronic contraption, I’m afraid the Zombie Apocalypse might just be upon us.