There’s been a lot of talk lately about the government shutdown and the possible default on our nation’s debt. While many people in this country remain blissfully oblivious to the actual problems, the fact is, this country has been teetering on the edge of disaster for quite some time.

Our country is currently over 17 trillion dollars in debt; instead of trying to address the problem, we have a government who insists on racking up even more debt, while claiming that raising the debt limit is our only way out.

Whether or not we keep raising the debt ceiling really isn’t even the point anymore. In my opinion, this country is on an unsustainable course, and it’s only a matter of time before the whole system comes to a grinding halt.

Are we facing another Great Depression? 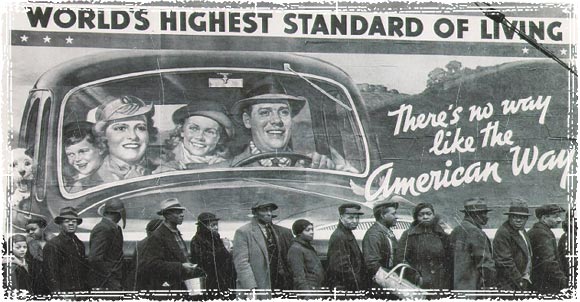 Why is today’s crisis worse than the Great Depression?

From the outside looking in, it might actually be pretty hard to believe this country is in any sort of financial trouble, let alone facing the possibility of an economic collapse. In fact, when you see hundreds of thousands of people lining up in front of Apple Stores all clamoring to buy the newest iPhone, you might actually get the impression that we have a robust economy.

But if you look a little deeper, and ignore the government/media propaganda, you’ll realize you’re witnessing one big illusion – better yet, the biggest Ponzi Scheme of all time.

The only reason this whole system hasn’t collapsed, is because of the 17 trillion dollars in debt this governments rung up. If it wasn’t for the debt, combined with the Federal Reserve who keeps flooding the market with funny money, by running the printing presses 24/7, this country would look a whole lot different. 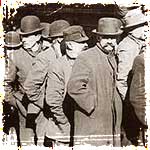 Instead of the bread lines of the 1920’s, we now have 47 million people on food stamps and half the country counting on at least one government program to pay their bills.

From bank bailouts and corporate welfare, to a never-ending supply of  unemployment checks and government assistance, this country only looks healthy because the government is doing everything they can to maintain the scam. Unfortunately, just like every Ponzi scheme, there comes a time when you just can’t maintain the scam any longer and the whole illusion starts to breakdown.

The only real question is when does this Ponzi scheme start to collapse?

To start, I think it will be much worse than the Great Depression; and I think this for a number of reasons. 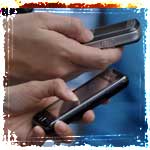 First, today’s culture is so much different from the culture that existed during the Great Depression. We have multiple generations of people who have no clue how to live without relying on the system. Should this country face an economic collapse, followed by the inevitable chaos that will follow, I’m afraid most people won’t be able to survive what’s coming.

As we’ve pointed out in the past, 50% of the country readily admits they wouldn’t be able to survive for longer than 2 weeks without electricity.  What do you think happens to these people once the whole system collapses?

During the Great Depression, a huge percentage of the public was still relatively self-sufficient. Today, most people don’t know how to cook a simple homemade meal, unless it comes out of a box or they pick it up from a restaurant. 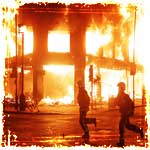 The second thing I think we’ll see is mass chaos on the streets. I hate to say it, but people are nuts. Today’s culture is so morally bankrupt that they riot on the streets over pretty much anything.

Their team wins the Superbowl; let’s riot. The election might not go their way; let’s riot. What do you think these same people will do when the ATM’s stop working and they no longer have a way to buy food?

What can you do to Prepare for the Coming Chaos?

The first thing you need to do is realize how much danger we are really in. Once you see past the illusion, then you can start to take steps to prepare for what’s coming.

Increase your Food Supplies: During a prolonged crisis, food and water are going to be some of the most important commodities you can have. Everyone’s going to want it, and that means there are going to be major shortages and supply chain problems. Now is the time to stock up on long-term food and water.

Start Cutting Expenses: Whatever you can live without now is the time to start cutting it off. From the expensive monthly cable bill, to those $5 lattes you buy on the way to work, you need to really start watching where your money’s going.

The money you save can be used to buy essential things that you can still use 1, 5, 25, even 50 years from now.

Stock up on Firearms: In my opinion, this serves two very important purposes.  First, during any type of crisis situation security is going to be one of your top priorities. Second, firearms and ammo rarely lose value, and will be some of the most sought after items post collapse.

We live in a world that’s really built on top of an illusion, as long as that illusion seems real, we’re ok. But the fact is, our infrastructure cannot maintain a prolonged disaster or economic crisis. In a fairly short amount of time, the trucks would stop running, the grocery stores would be void of almost everything, and the country would be in for one huge shock.

This may sound like fear mongering to some, but I think it’s just good old common sense. Take a look throughout history, and you will see this same pattern taking place time and time again. Just look back at the Great Depression, and how life was for people who lived through that and the dust bowl. For anyone who thinks it can’t happen again, I want to remind you that we’re making the exact same mistakes – only this time the country is far less self-reliant.

For more ideas on how to prepare for financial difficulties, check out our last article on preparing for an economic collapse.