When getting started with preparedness, people often obsess over things like gear and emergency supplies. While these things are certainly an important aspects of survival, there are some things that are often overlooked by those who get caught up in the survival gear solves everything mindset. 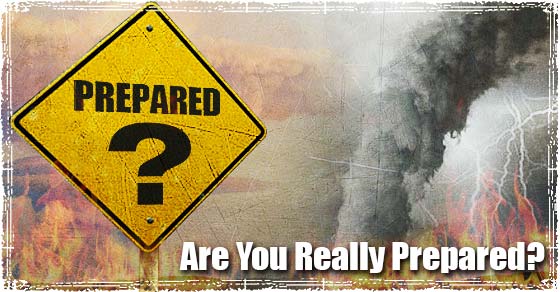 Knowledge is Power during a Crisis

One of the best ways to protect yourself and your family during a crisis is to stay aware of what’s going on around you. That means knowing where to find information, knowing how to decipher it when you receive it, and then coming up with a plan of action based on the best facts available to you at the time.

You need to have a Plan B

Having a preparedness plan is great, but during a crisis those plans can quickly change. Because of the unpredictable nature of disasters, you need to have a backup plan for when things start to spiral out of control.

Developing the proper mindset is one of the most important things you can do to ensure your survival during a crisis. If you look at people who survive traumatic events, it’s rarely things like survival gear that are the determining factor in their survival. In fact, it’s often the people who have the strongest mindset, and the ability to control their fears that come out on top; not the guy with the most gear.