Hurricane Sandy, and the Superstorm that followed, is a perfect example of why we prep, and why we continue our mission to bring preparedness and preparedness related topics to the unprepared public.

For the over a week, experts warned the public about this storm; in fact, they went out of their way to tell the public how deadly and damaging this storm could become. Sadly, most of their predictions came true; even sadder, are the many lives that were needlessly lost as a result of this storm. 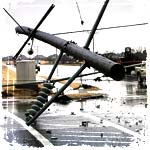 Over the coming weeks, we will likely see even more people die; many of them due to the fact that they failed to take even the most basic of preparedness precautions.

Some areas of the East Coast could be without power and access to food, water, and supplies for a week, maybe longer. Complicating the situation are the millions of people who failed to take these warnings seriously, and now find themselves stuck with limited supplies, no power, and no real timeline on when things will return to normal.

An Epidemic of Unprepared People

If you watched the twitter feeds over the last couple of days, it was pretty pathetic how unprepared most people in this country actually are. Even though they had almost a week to prepare, we read accounts from thousands of people talking about how they “should probably hit the grocery store” just minutes before the storm made landfall.

By that time it was too late. Not only was the storm wreaking havoc on the East Coast, but most of the areas grocery stores had been completely sold out for over 24 – 48 hours. Across the East Coast the scene looked strikingly similar; thousands upon thousands of empty grocery shelves, and millions of people who needlessly put their lives in jeopardy. 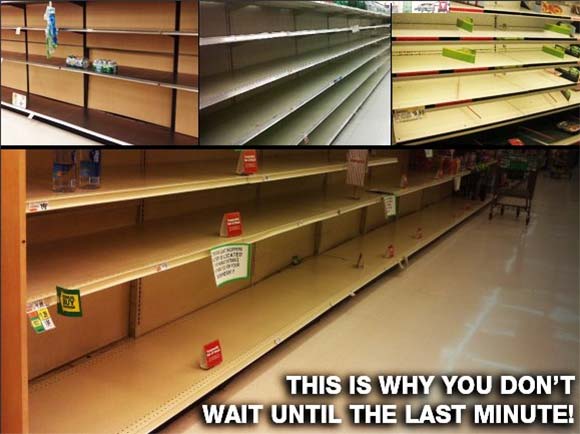 Preparedness is a serious topic: a life or death topic. Rushing to the grocery store is not a plan – at least not one that’s going to keep you alive when the Shit Hits the Fan. When something like this happens, the last place you should be is at a grocery store. 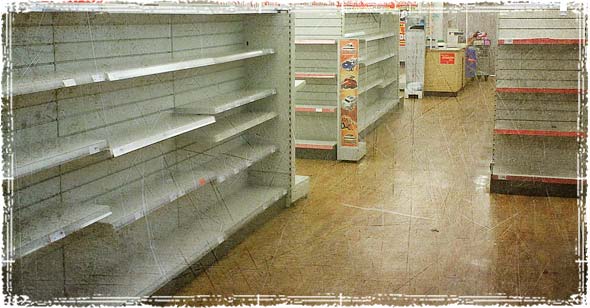 Without over complicating things, Preparedness is something that almost anyone can do. Your overall preparedness level, and how far you decide to take it, really depends on you. But at the very least, every person should take the following steps to ensure their survival during a time of crisis.