As Americans grow concerned about our future; Guns, Gold and Emergency Food are all selling at record levels. From T.V. Shows about preppers, to a number of states preparing so-called Doomsday Bills, it seems that the prepper lifestyle is going mainstream.

So what does that Mean for Preppers? 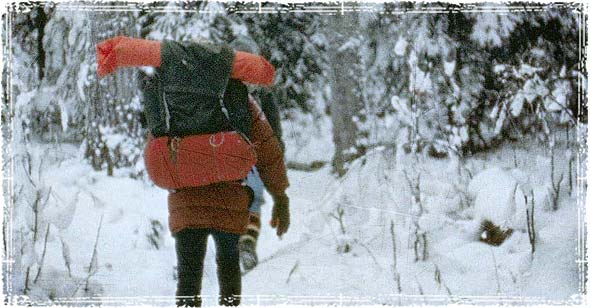 In my opinion, if you haven’t stocked up on what you need – NOW IS THE TIME TO DO IT!

With Guns, Gold and Emergency Food sales at a record high, there’s a growing concern that shortages are about to hit the marketplace. As people begin to stock up on preparedness related items, we will likely see nationwide shortages similar to what happened during the elections in 2008.

According to the National Shooting Sports Foundation, 10.8 million firearms were sold in 2011, an increase of over 50% from the previous ten years.

So What’s causing the spike in Demand?

While some say that T.V. shows like National Geographic’s “Doomsday Preppers” or Discovery’s “Doomsday Bunkers” are causing the spike in sales, I think there are a number of factors that are more likely to blame.

Gun Control – Everyone from the NRA to the Tea Party is warning that should President Obama be re-elected, we will likely see a major assault on the Second Amendment. They argue that with his need to be re-elected gone, there will be nothing stopping him from going after your Second Amendment Rights.

In fact, many think that U.S. Attorney General Eric Holder spilled the beans when he said that the Obama administration:

“Has consistently favored the reinstitution of the assault weapons ban. It is something that we think was useful in the past with regard to the reduction that we’ve seen in crime and certainly would have a positive impact on our relationship and the crime situation in Mexico.”

Economic Collapse – A number of financial analysts, many of whom predicted the 2008 crisis, are starting to warn Americans to prepare for another financial crash. With the U.S. Debt clock quickly approaching $15.5 trillion in debt, some say it’s only a matter of time before this country plunges into a Financial Armageddon. 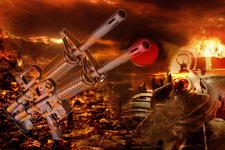 Rise in Violent Crime – As the economy plunges deeper into the Abyss, violent crimes and home invasions are on the rise. Although some anti-gun politicians would rather see law-abiding citizens become victims, most Americans are starting to wake up to the fact that the Government will not be able to protect them. People are finally starting to realize that the only way to ensure their safety is to learn how to protect themselves.

Assault on the Constitution – From the government passing bills that allow for the detainment of U.S. Citizens without a trail, to FBI Director Robert Mueller telling congress that he wasn’t sure if the Obama Administration’s policy of extra-judicial killings of American citizens applied to people inside the United States, our government seems to be spiraling out of control. The current Political Climate is probably one of the biggest reasons for the spike in emergency preparedness sales.

While the reasons are many, one thing is for sure. Over the next year, it will become increasingly more difficult to stock up on any items that have to do with prepping. If you have any shortcomings in your Emergency Inventory now is the time to fix it.